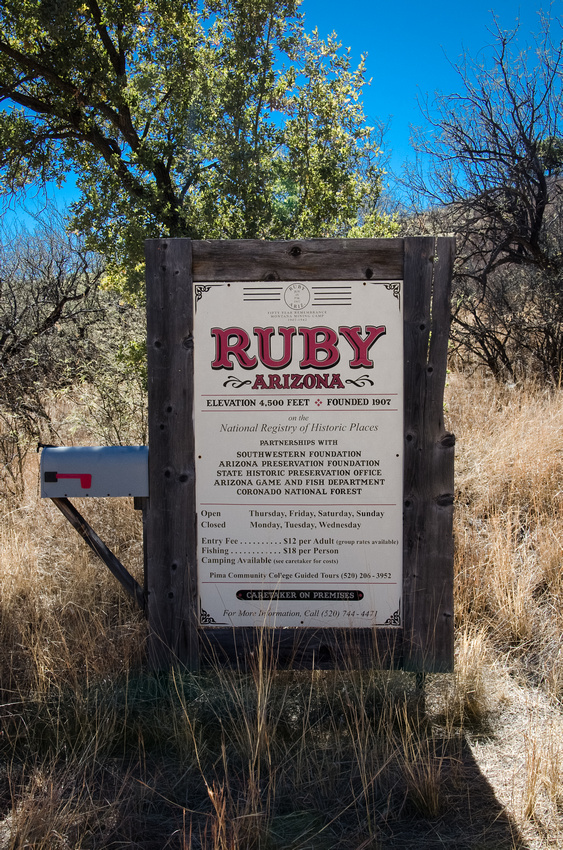 Recently I had the privilege to to lead our photo club on an adventure to the ghost town of Ruby, AZ. This photo club is based in a 55+ retirement/snowbird park in Tucson, AZ. I mention this because I was the youngest at 63 years old and there were some mixed reviews about visiting Ruby. I admit now that I was a bit nervous about taking this group there. But I've been photographing old ghost towns for 20 years so I had to go and it was on their list of possibilities.

Ruby is in the middle of nowhere. It is 12 miles from Arivaca, a small town with a general store, bar/restaurant, an art gallery, a humanitarian aid office and a coffee shop on the outskirts of town. About 6 of those 12 miles are down a dusty dirt road, 4 miles from the Mexican border with little or no cell service. The border patrol had a very heavy presence, as would be expected after seeing the sign above. 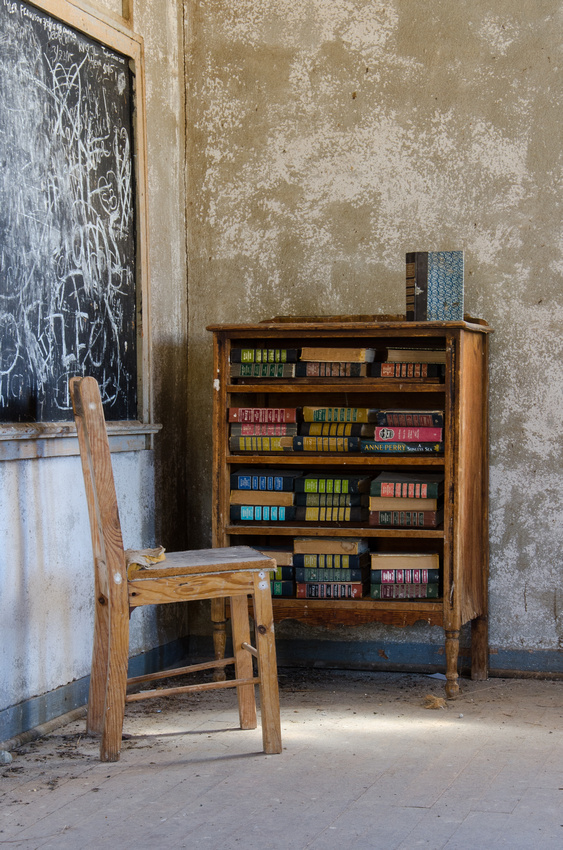 Bookshelf, Ruby Schoolhouse, AZAn old bookshelf in the one room schoolhouse in the old mining ghostown of Ruby, AZ.

After checking in with Michael the caretaker, we took off on our search for images. The old schoolhouse probably had the most opportunity with the classroom, an old piano, the sliding board and more to aim our cameras at.

As I drive to these out of the way places in my air conditioned, 4x4 pickup truck, I wonder what would possess someone to come way out here, probably on a mule, and start digging. But mining and these mining towns are what built up the western part of our country. Railroads and fortune seekers followed. As the towns prospered their populations grew. Businesses opened. 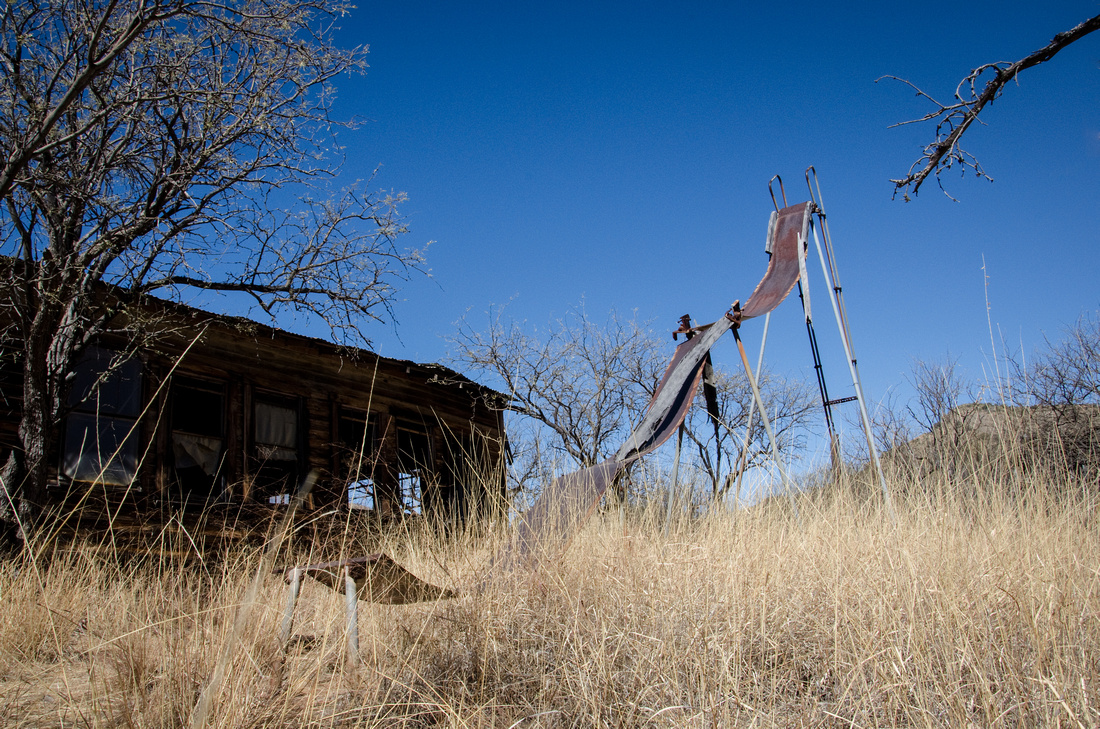 Children's Sliding Board, Ruby, AZThe children's sliding board outside the schoolhouse in the old mining ghost town of Ruby, AZ.

And then the mines run out. A slow exodus follows. People leave what they can't carry. It's picked through by the people still there and then by gypsies and thieves looking for something to cash in for a quick buck. What's left eventually rots away and is reclaimed by nature. 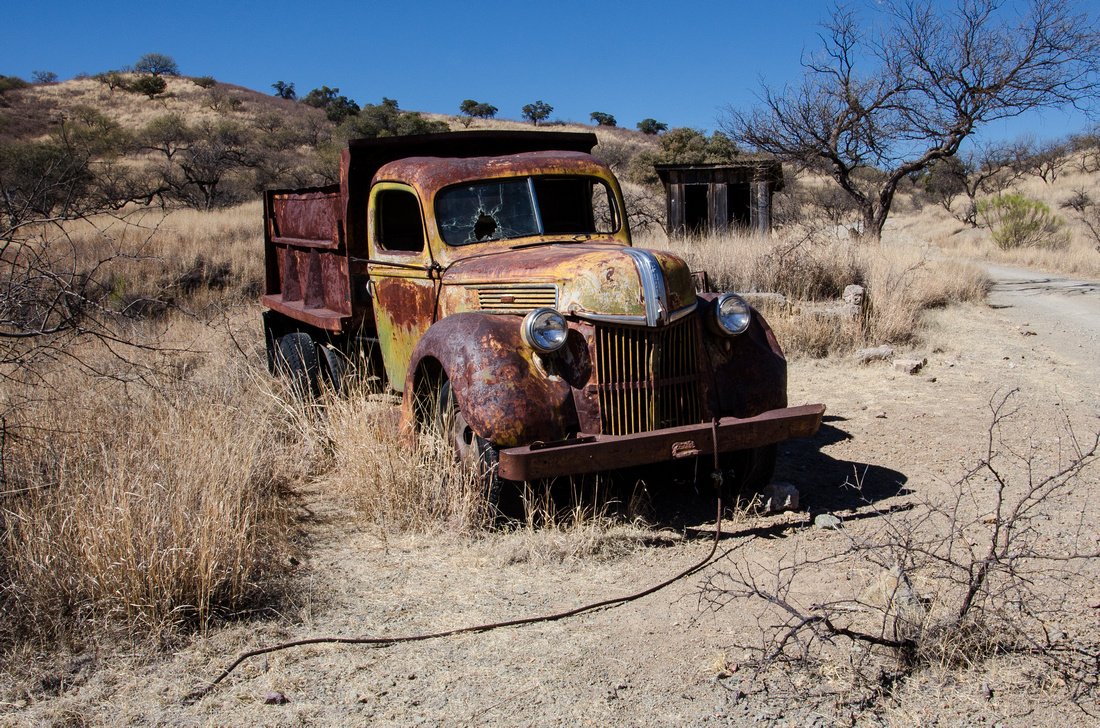 Ruby is on private property and they are trying to make a tourist destination out of it. I saw about 30 visitors there that day counting the 12 of us. The website is quite modern and somewhat up to date. I called the phone number to get a group rate but a message stated they would not return calls. The caretaker said he couldn't oblige us with that request. The only other discrepancy was the condition of the restrooms and the gate wasn't opened until almost 10:00. I think the restrooms are the original outhouses from the early 1900's, but the ladies in our group didn't complain at all. Bring your own paper unless you like using an old Sears catalog. 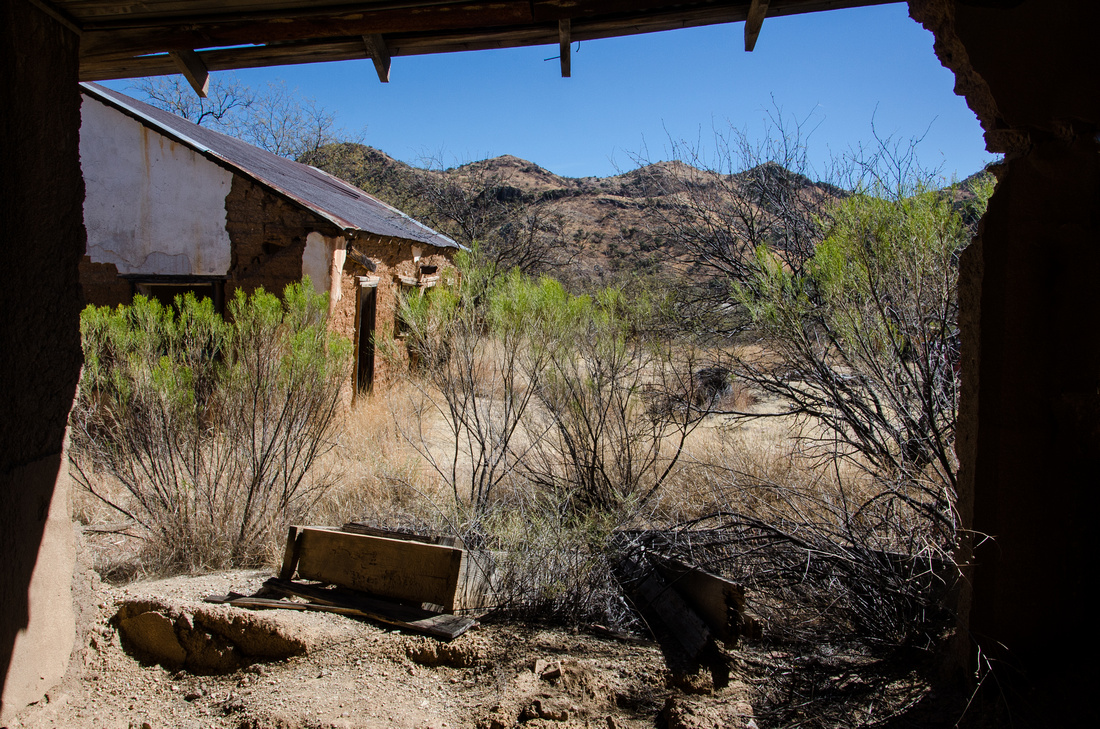 All in all our adventure to Ruby was a great day. We had a good lunch at the Cow Palace in Amado and there were some nice images shown at our next photo club meeting. I certainly wouldn't mind making another trip to Ruby, maybe later in the day to get a different light. 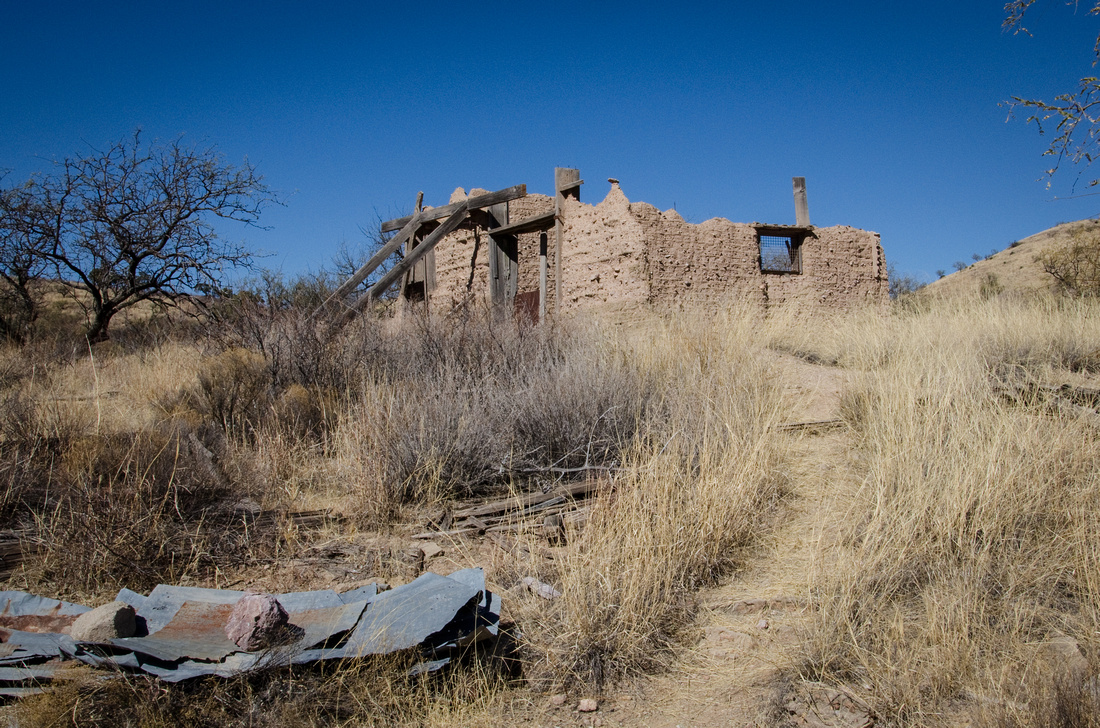 Thanks for taking the time to read my post. If you are interested in purchasing any photos, use this one time code " Ruby " for a 20% discount on any Ruby image.

Kim Broers(non-registered)
Beautiful! The clarity! So crisp, so textural. Thanks for a great post!
Gregg Newman(non-registered)
Nice pics. Nothing like Arizona, Colorado, and the entire Rocky Mountain chain. I love the west too.
William BEST(non-registered)
Outstanding images, John! Just got back from my trip to LA and an excursion to Yuma. There is no denying the appeal of the old West and desert imagery! To this you do a great justice! Keep up the good work and send my "Best" to Marie!
Diana Rightmire(non-registered)
Breathtaking John, beautiful as always! Hello to Marie and can't wait till you're back in PA.
No comments posted.
Loading...
Subscribe
RSS
Recent Posts
Eden Gardens State Park, Florida Monument Valley & Upper Antelope Canyon - Native American images from the Navajo Nation Elk Rut, Benezette, Pennsylvania Alaska 2021 Calendar Ducks On A Pond It's Good To Be Back! Photography is an art that has to be... Summer's cancelled so here's Valdez, Alaska Great Blue Herons Sign Post Forest, Watson Lake Yukon
Keywords
john levandoski photography travel nature wildlife national park alaska fine art art yellowstone
Archive
January February March April May June July August September October November December
© John Levandoski
User Agreement
Cancel
Continue