Alaska Bound 7 - Along The Alcan Highway 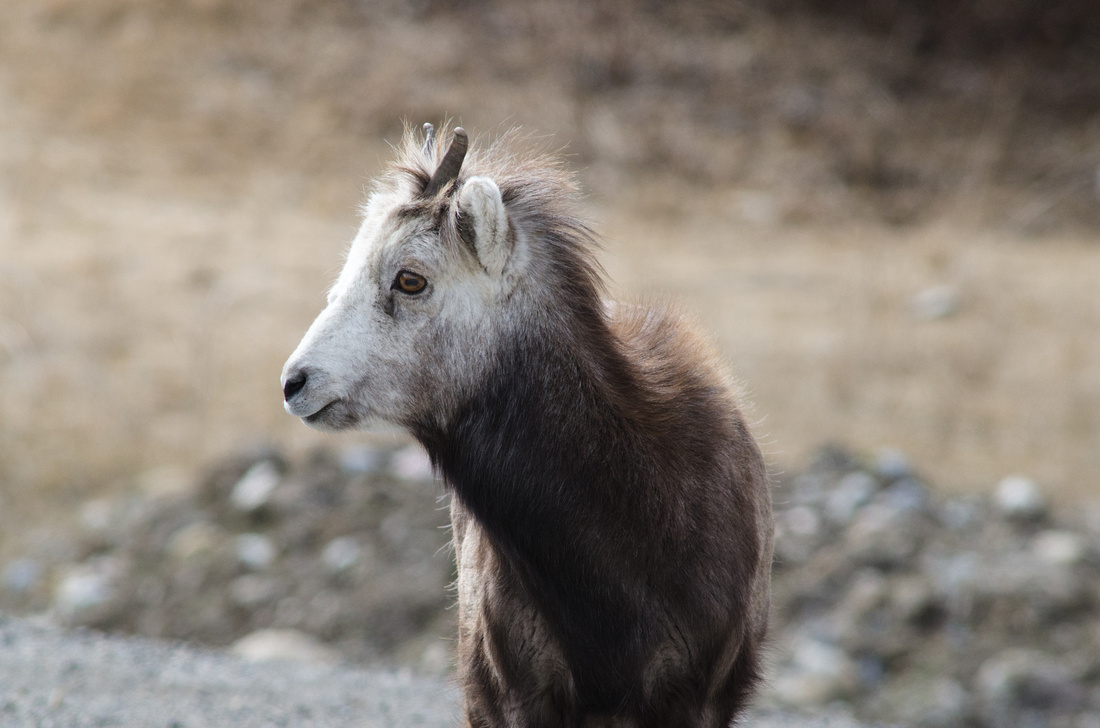 As we drive along we come across some stone sheep on the roadway. They come down to lick the salt off the road surface that remains after salting and cindering the roads. 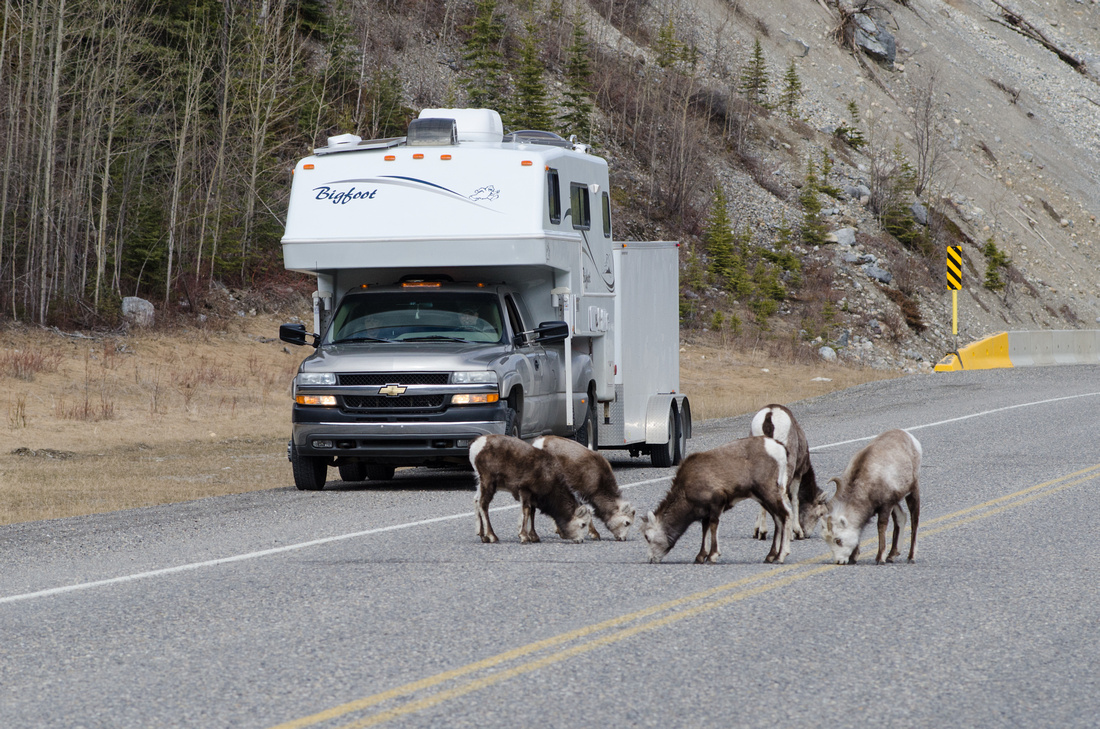 The young and females barely move and you have to drive around them. 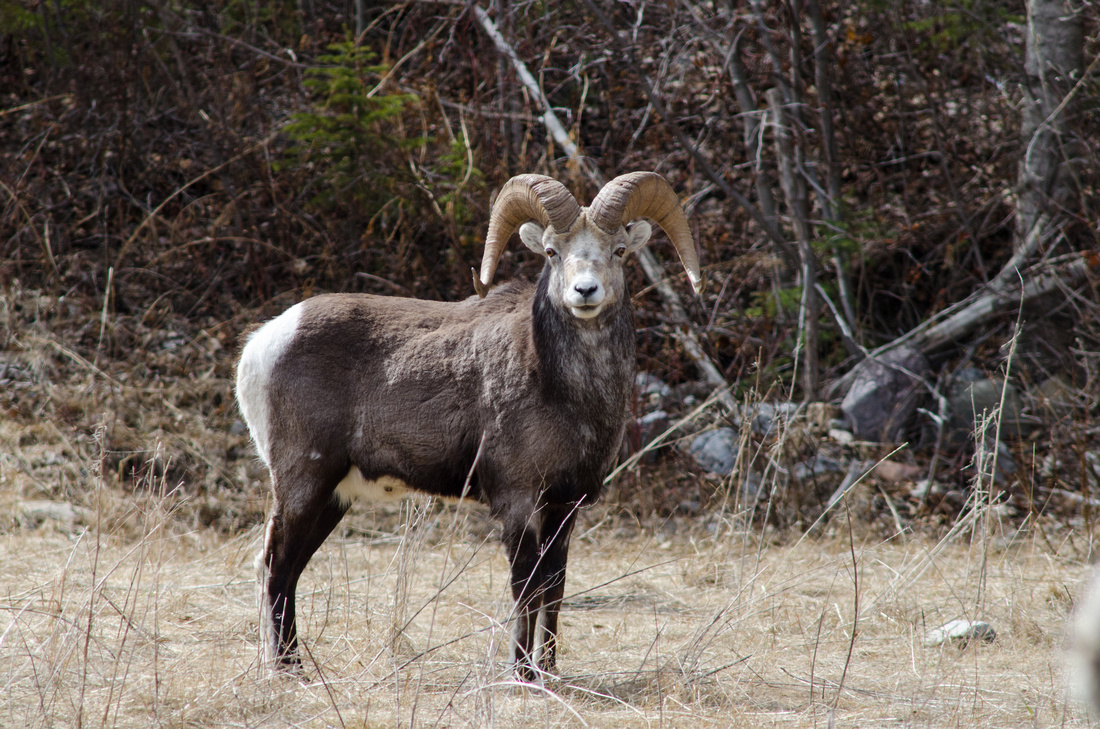 But the rams are more cautious and will leave the road and run for cover if you get to close.
These photos were taken with my Nikon D7500 and a Nikon 300mm f4 AF-D lens on a tripod. The lens is a '90's film lens and does not have Vibration Reduction. 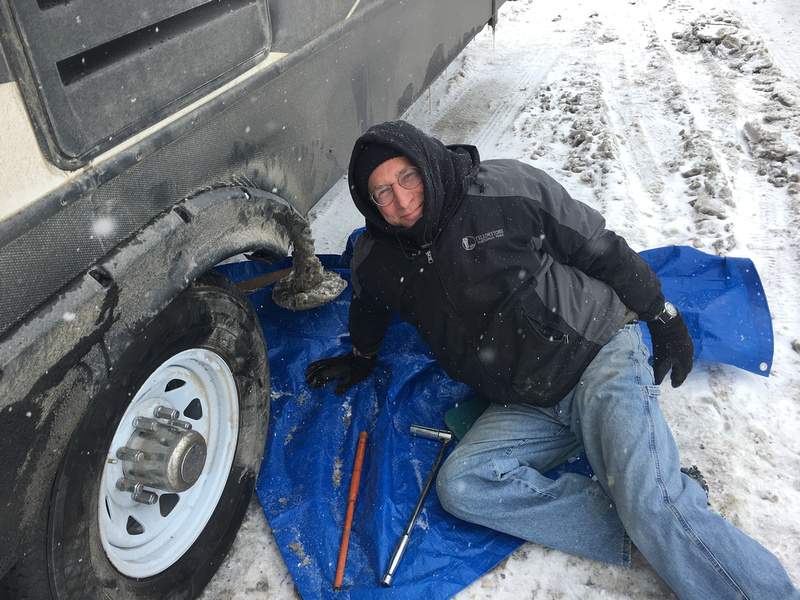 So on the highest point of the Alcan Hwy we stop for the night because it's snowing, getting cold and dark and up ahead is an 8⁒ downhill grade. I wake up the next morning with a flat tire. Somewhere I picked up a nail. It's 24℉ and I had to chop the ice away to get the jack under the axle. To answer your question "why didn't I just call AAA", there's no cell service and town is two hours either direction and some towns listed on the map aren't open yet or even have a garage! I had the tire changed, checked air pressure on our whole rig and our friends and was back on the road in under 1.5 hours. Could have been worse! St Elias Range MountainsMorning view of the St Elias Range along the Alcan Highway between Destruction Bay and Burwash Landing in the Yukon Territory, Canada.