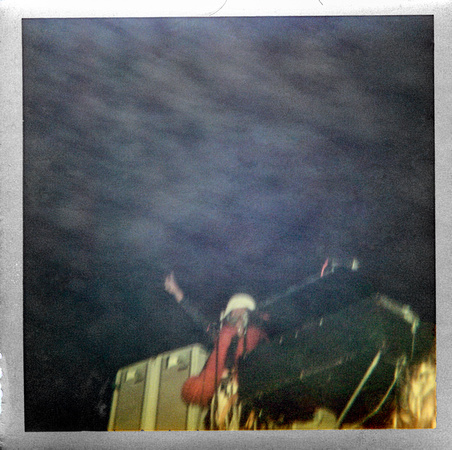 Happy Birthday Woodstock! First off, I didn't go to Woodstock. I was 14 years old and going into the 9th grade. I hadn't a clue about stuff like that. Fourteen year olds didn't run off to 3 day music festivals back then. When I started buying records a couple of years later the Woodstock performers were a major influence on my purchases.

I went to see Sly & The Family Stone with my classmate Gerry Newman. He asked me if I would mind if his little brother came along. Since he had his parents car and was driving I said no. His little brother was Gregg, with whom I immediately formed a lifelong and endearing friendship with.

My parents lent me their Kodak 126 Instamatic camera. It had a plastic lens, took a 126 drop-in film cartridge and rotating flashcubes on top. After the concert I took my film to 8th Street Camera in West Wyoming for developing. How exciting it was to have photos of Sly Stone taking us higher! My photo career was born. 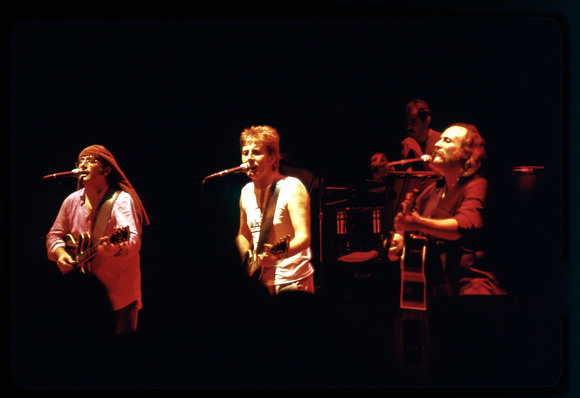 I've seen CSN & CSN&Y. Whenever I hear Suite: Judy Blue Eyes I remember back to how "scared shitless" these guys were when they appeared at Woodstock. They have become one of my all time favorites. 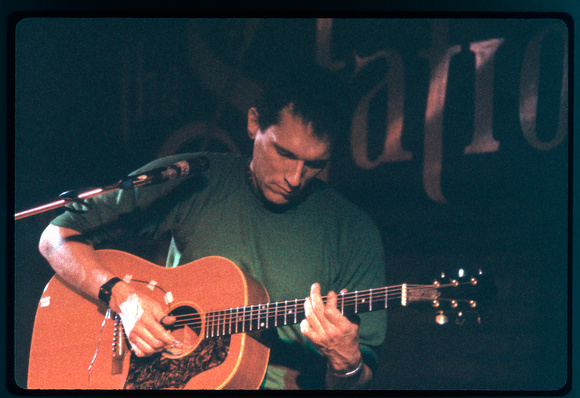 My first concert and introduction to "morning maniac music" was The Jefferson Airplane. It was 1970 or '71 at the Kingston Armory. I went with Donald Klaproth, Tom Civiletti, Edie D'Iorio and (I believe) Rose & Jean Mikoloychik. Grace was pregnant, there was a funny smell in the air and I became a "Volunteer" in the army of peace and love! Thanks Jorma! 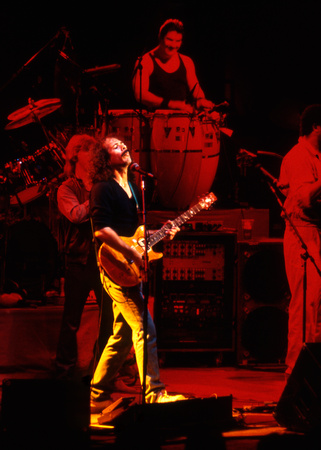 I'm pretty sure I saw Santana with friends Cindy Janosky and Tom Bindus. I don't have press passes so I'm regularly trying to sneak my camera in. I used a Nikon FE camera and a Nikon 135mm f2.8 lens. I shot in aperture priority at f2.8. The highest ISO film at the time was 400. I would shoot it at 1200 and develop it for 800 and hope for the best. 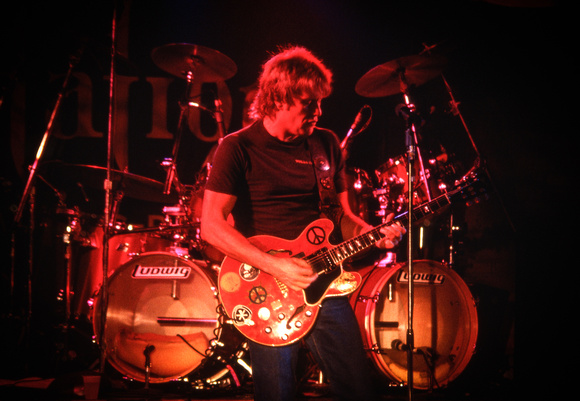 During the mid 80's, the Station Complex in Wilkes-Barre, PA hosted shows featuring musicians from the 60's and 70's. It was a small intimate club and there wasn't a bad seat in the house. I loved attending these shows but it was extremely hard to photograph because there was usually only one or two spotlights. 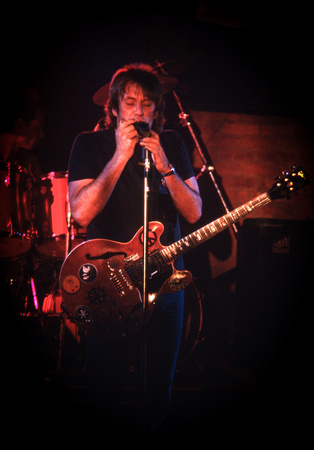 Alvin LeeAlvin Lee playing harmonica in a small nightclub circa 1984.

But when Alvin Lee burns up the fret board with "I'm Going Home" no more than 50 feet away from you it's all good! 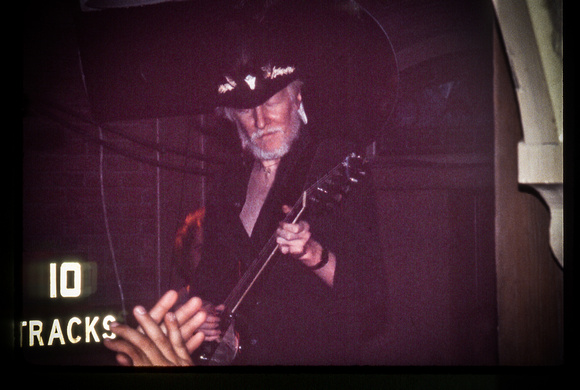 There were a lot more musicians that played at Woodstock than were on the album or in the movie and Johnny Winter was one of them. He was also joined by his brother Edgar Winter for their version of Tobacco Road.

Edgar WinterEdgar Winter jamming at The Station in Wilkes-Barre, PA circa 1984.

Going to concerts was a big part of my younger years. Music was everything. It still is. I spend hours making playlists for this and for that. And every now and then I get to a concert, sometimes with my camera and sometimes not. I always hear a tune in my head and feel my toes a tappin'.
So a big thank you to Max Yasgur and all the musicians that played the weekend at the first festival, Woodstock.
« Previous Post Next Post »