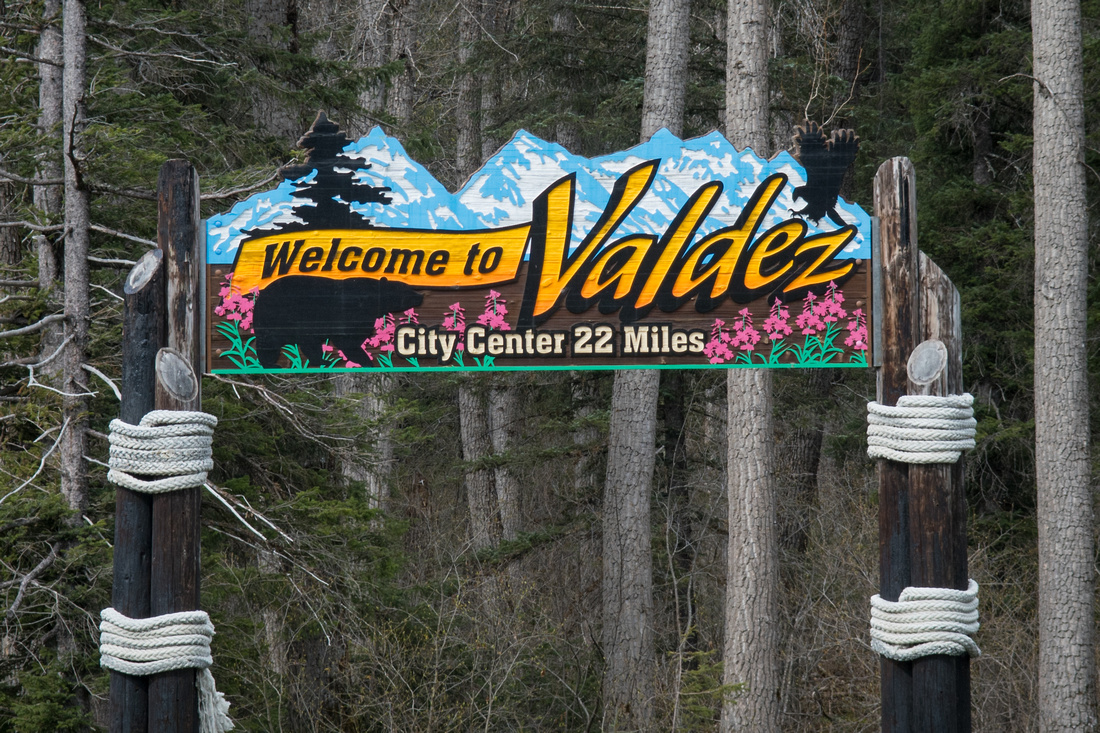 Given the state of the world today our summer trip to Alaska is officially off. So I found some photos while in Valdez from early spring of last year to show you. 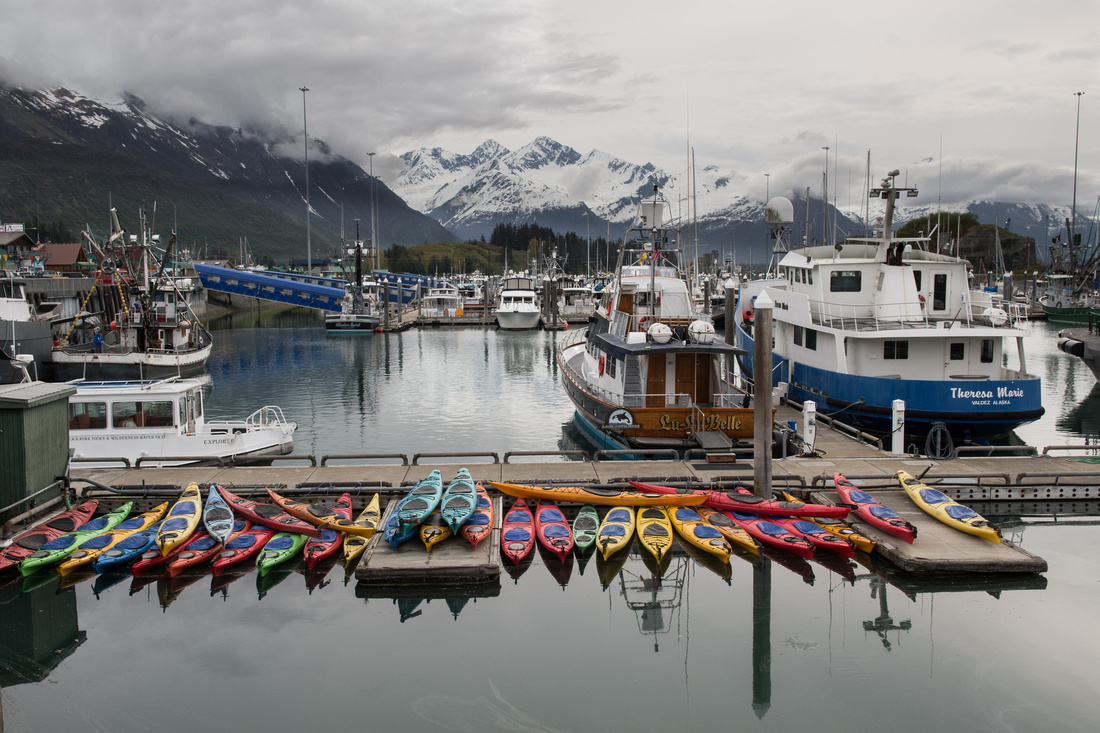 Valdez HarborKayaks and boats waiting in the Valdez harbor Alaska

We had a summer job scheduled on the Kenai Peninsula and drove from Florida to Las Cruces, NM. At that point the US/Canadian border closed. We knew we would never get there by our start date of 4/25 and cabin cancellations were already coming in. Getting back to PA and sitting this out near family and friends in our home area figured to be our best bet. 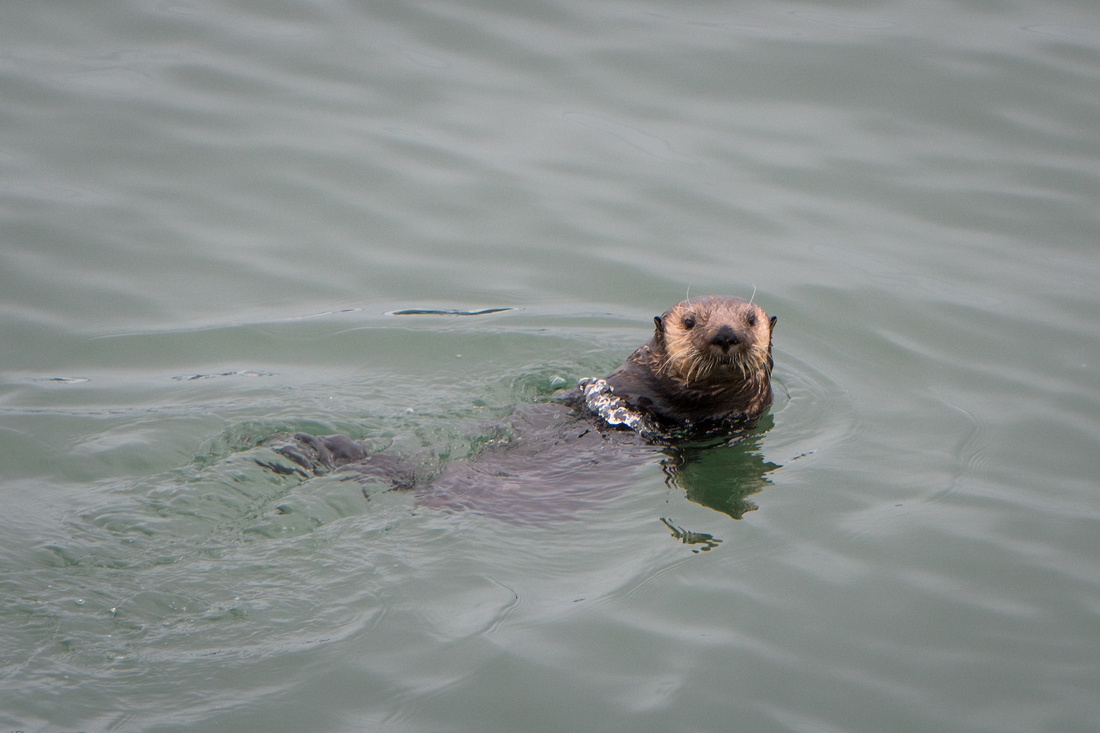 A Sea Otter Likes PosingA sea otter swims up to our boat and likes posing for the camera in Valdez, AK.

Our manager is now expecting not to open until July, or maybe a few rentals in June if lucky. And most tours are closed until June 1st. Given this bleak situation and the long drive it would not be worth it to make the trip. So we're sitting this summer out and hoping for the best for everyone.

Sea Otters Chillin'Sea otters chillin' in the water and on a piece of glacial ice from the Columbia Glacier in Valdez, Alaska.

The good news is that we have been invited back for next summer. And I do have a few big photo projects to keep me busy and I'll post some new work as I finish it.
In the meantime, here's some photos from Valdez, AK from our visit last year in mid May.
When you work in a tourist area you have to be there early to open up and get ready for the upcoming season. Therefore a lot of things are still closed. Stan Stephens' Cruises just opened up so we hopped on a glacier and wildlife tour. Nothing came from the glacier photos but I did manage some okay wildlife photos.
Sea otters were plentiful as we saw them as we were leaving the harbor and again out by the Columbia Glacier.
The otters weren't scared of the boat and even swam alongside posing for photos. Otters are the smallest of marine mammals but the largest of the weasel family. Most of the world's sea otters live in coastal Alaska. 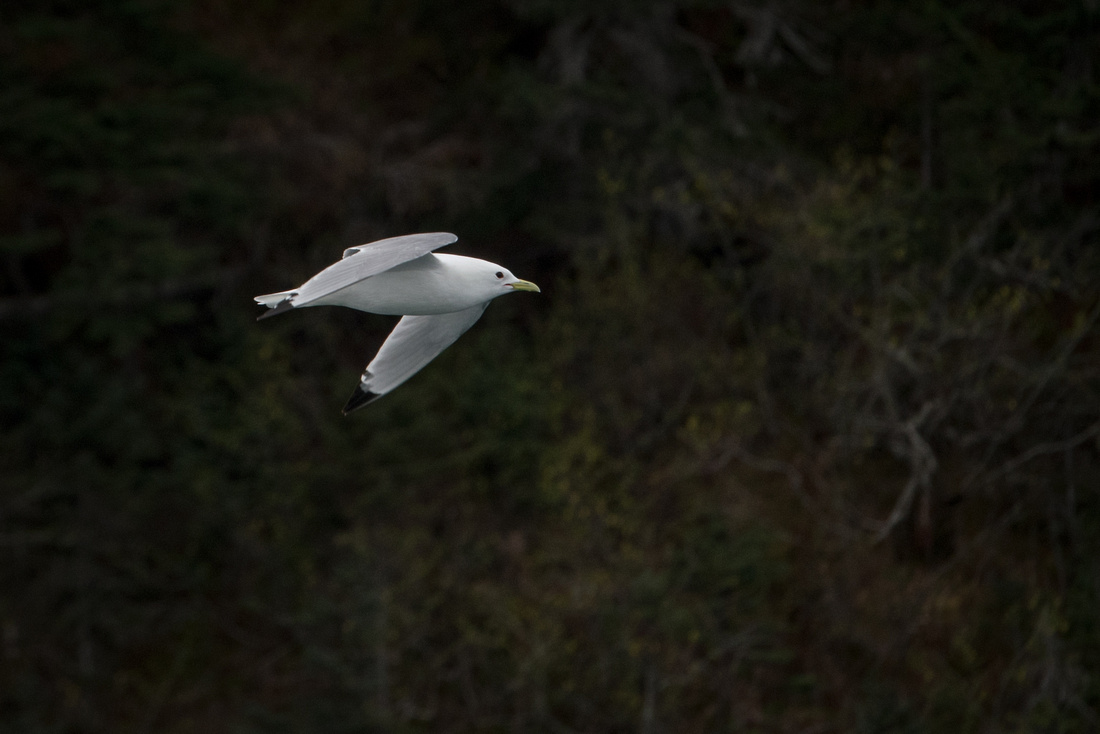 Birds were also flying around our boat. Though most did not fly close enough for photos, one black legged kittiwake came reasonably close enough. I only managed three photos and he was gone.

Kayaking Past Sea LionsKayakers paddle past sea lions in Alaska

The captain took us to see the steller sea lion colony at Bull Head. This is mostly a bachelor colony. While we were there a group of kayakers came by to make the photo more interesting. 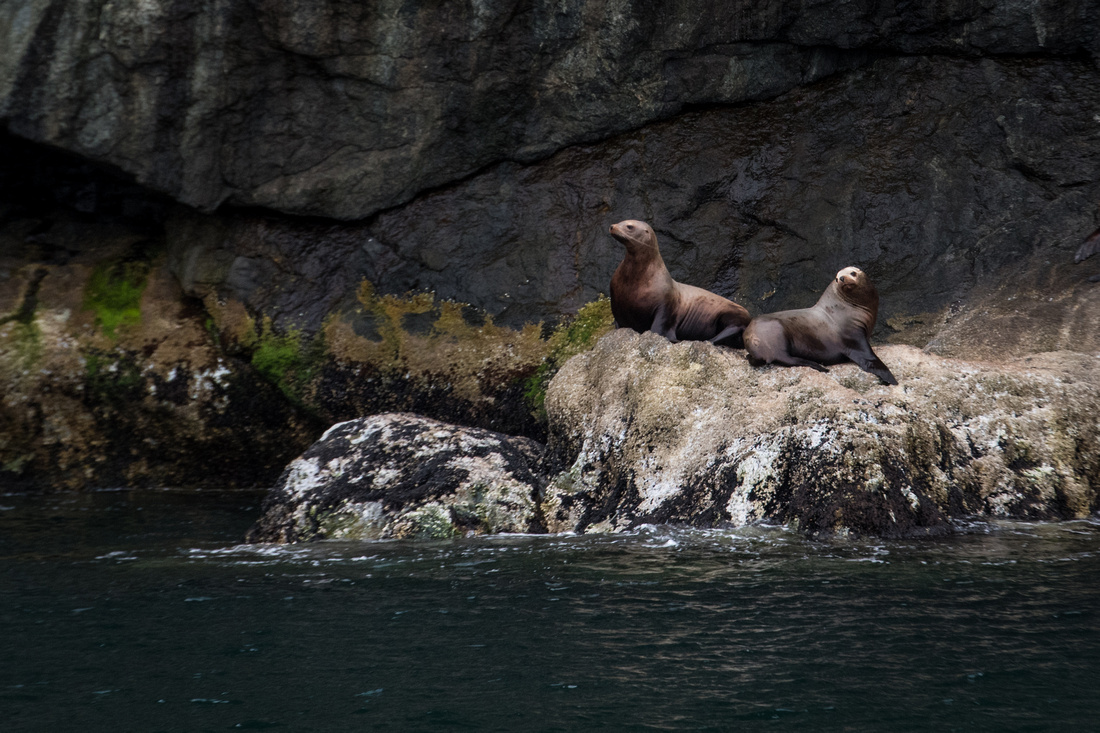 It was really hard photographing from a rocking boat, especially without any sun and the wildlife far away. Hopefully I'll get another chance someday for another Alaskan wildlife and glacier tour. 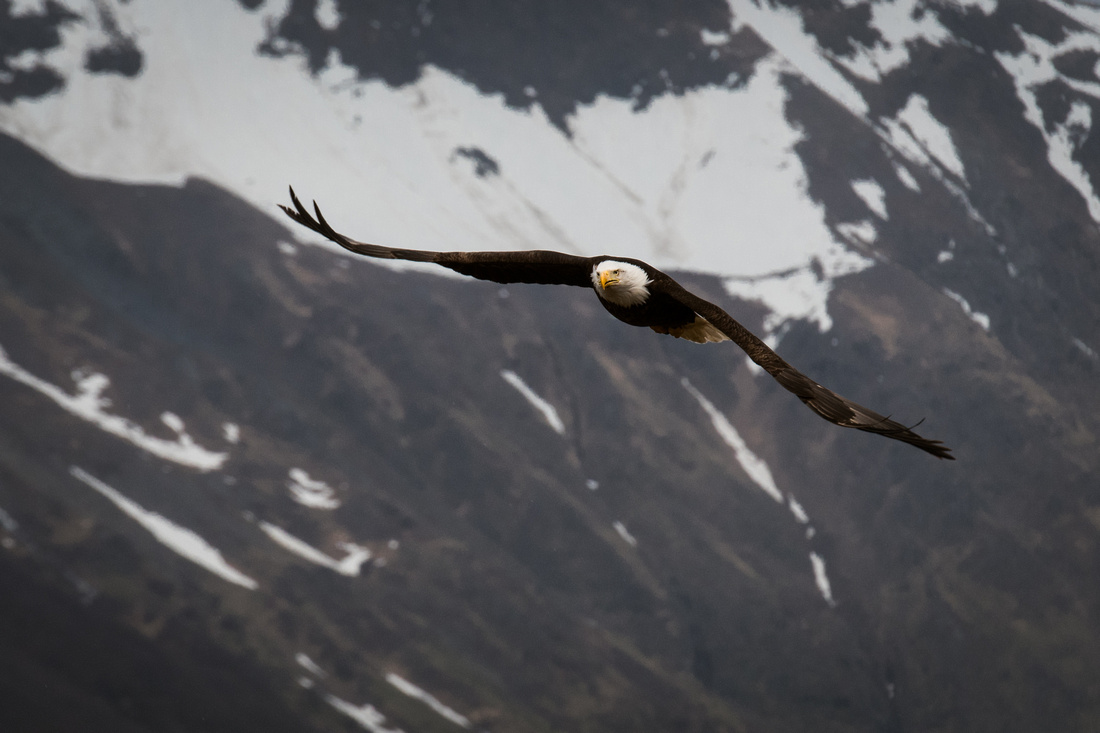 Back on land in Valdez I was able to find eagles flying around in search of dinner. Again the clouds blocked out the sun but you can never get enough practice photographing birds in motion. 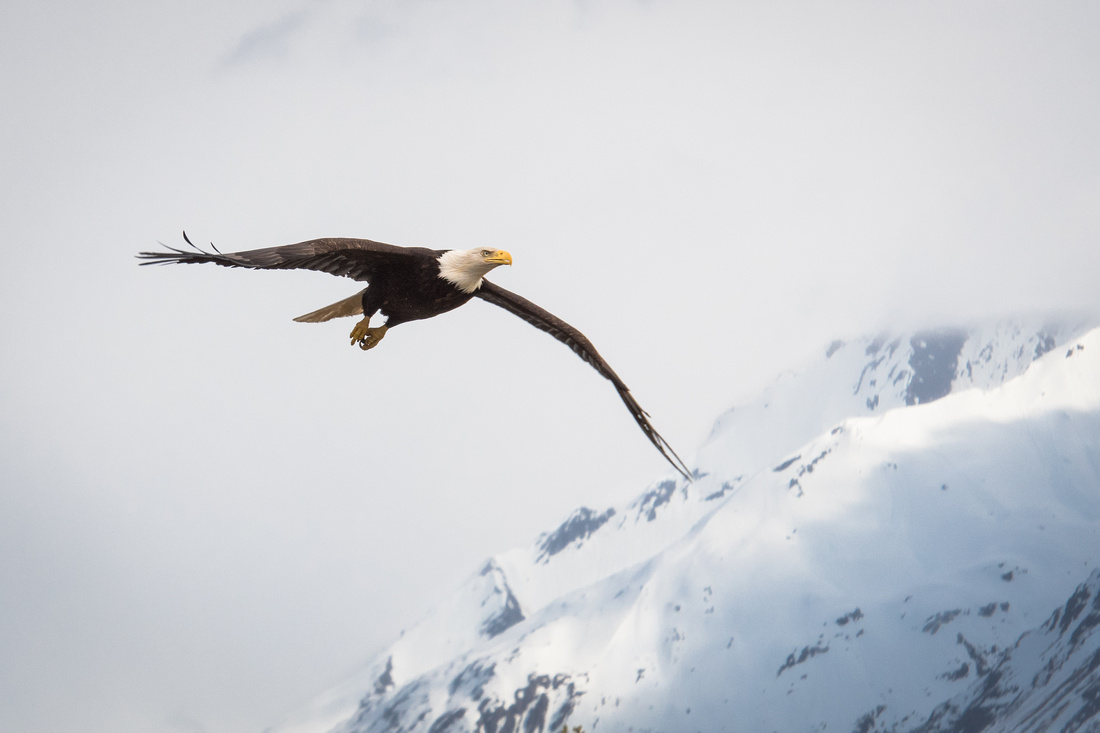 Eagle And Snowy MountainAn eagle soars past a snowy mountain in Alaska.

So after Valdez we headed to Denali where we spent the summer. You've seen the best of those photos in my previous blog posts so I think this will be my last post about Alaska. If I find any other good photos I'll be sure to share them with you.
And again, thanks for being here!
« Previous Post Next Post »